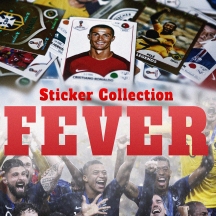 Six billions stickers are sold annually, it's big business, and during a major soccer event, schoolyards, offices and public places are transformed to swap meeting. Collecting cards has been around for more than a century. This documentary talks to collectors and football stars, historians and people from the industry about the fascination and desperate search for the last sticker in the album.