The Adventures Of Major Miracle

A Coming-of-Age Film for the Whole Family. 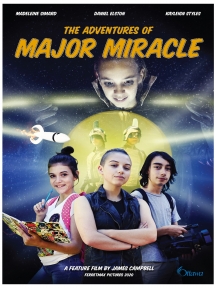 Following the loss of his father, Caden- a teen boy, struggles to hold his life together as everything he has ever known drastically changes. Caden develops an unlikely friendship with street-smart Rocky (Roxanne) and a cast of unlikely companions as they set out to create their own epic movie. Through the lens of his video camera, Caden begins to see and create an Ottawa that is all his own.

A heartwarming tale for children and families.