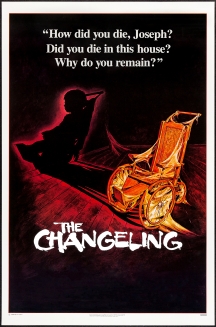 It is perhaps the most chilling supernatural thriller of our time. It remains a career peak for star George C. Scott and director Peter Medak (THE RULING CLASS, THE KRAYS). Now the film that Martin Scorsese calls “one of the scariest movies ever made” finally comes to Digital: Academy Award® winner Scott delivers “one of his greatest performances ever” (BloodyGoodHorror.com) as a Manhattan composer consumed by grief after his wife and daughter are killed in a shocking accident. But when he moves to a secluded Victorian mansion, he will find himself haunted by a paranormal entity that may unleash an even more disturbing secret. Trish Van Devere (THE HEARSE), two-time Oscar® winner Melvyn Douglas (BEING THERE) and Barry Morse (ASYLUM) co-star in “one of the most unsettling ghost stories ever” (IFC.com), winner of 8 Genie Awards – including Best Foreign Actor, Best Foreign Actress and Best Canadian Film – and based on actual events.