A group of teenage summer campers and one counselor share the stories of their first sexual experiences when an avalanche traps them in a cave. 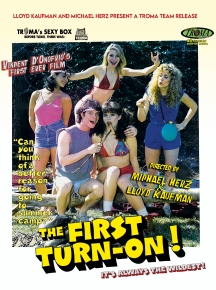 On the last day of summer at Camp Big-Tee-Pee, all the teenage campers are crazy with hormones and eager to go home. While on a nature walk with ditzy hippie camp counselor Michelle Farmer, four students - self-proclaimed stud Mitch, his girlfriend Annie, overweight Henry, and nerd Danny - break off from the rest of the group to indulge in some cannabis. They take refuge in a nearby cave, only to be caught in the act by Michelle some time later. While being shooed out, Henry's flatulence causes a landslide, trapping the five of them inside. To pass the time until their eventual rescue, the group shares stories of how each lost their virginity.