The Son Of Devil

Frustrated by a corrupt system, Gora discovers a satanic grimoire of black magic spells that turn him into THE SON OF DEVIL! 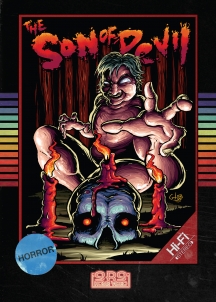 A SRS Cinema Retro Release! Starring India's #1 B-Movie Star, GORA! Gora had a bright future ahead of him. He was young, educated, and had a beautiful, loving girlfriend. But when Gora applied for a job at a local company, he was rejected because he could not afford the monetary bribe demanded by the hiring officer. Enraged and defeated by a corrupt system, Gora stumbles upon a book while walking through the woods, a Satanic grimoire of black magic spells that turn him into THE SON OF DEVIL. Soon, those who wronged Gora begin to be slaughtered one by one as he exacts his revenge.