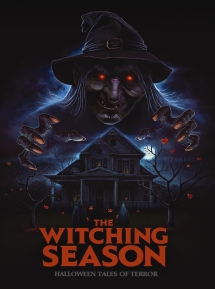 Reminiscent of television shows like 'Tales from the Darkside' and 'Tales from the Crypt', The Witching Season is a five episode spine-tingling anthology of horror and suspense packed into one disc that delivers original tales of terror that capture the spirit of the Halloween season.

The opening's visuals and score are just amazing and sets the tone of the series wonderfully... The Witching Season is very good and surprisingly shot well and each segment is engaging. I do recommend picking this up from Scream Team Releasing.

The acting in this one is solid throughout... The segments work very well at creating chilling atmosphere and getting the viewer in the Halloween spirit... The Witching Season is essential for October viewing.