How far would you go in tricking someone you love? 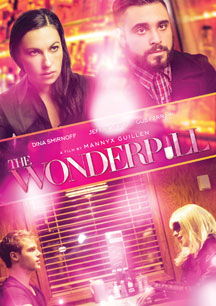 Athena Cockburn suffers from heavy migraines and lost her vim and vigor. Her boyfriend, Jacob York, has enough of the stagnating sex life with her and comes up with the brilliant idea to trick her into taking a fake pill to treat her migraines. The caveat of this placebo pill however is the extreme side effect: an exploding libido! His plan works out but the initial fun turns quickly into frustration when he can't keep up with her anymore.