In The Canton Homeless Shelter Anything Can Happen 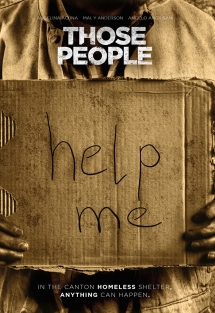 Morris Grant is an aspiring reporter who wants to impress his affluent girlfriend, Lauren. Senate candidate Councilman Wilkes is planning to close the Canton Homeless Shelter for re-development and Morris views this as an opportunity for advancement. In a quest to unveil political corruption, Morris decides to go undercover in the shelter. He encounters several residents and staff, each having their own personal agenda, which ultimately leads to one of the residents being murdered. Morris gets caught in a web of deceit, which places him as one of the suspects.