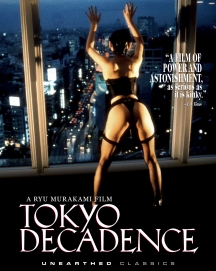 A treat for the eyes!

A film of power and astonishment, as serious as it is kinky.

The Unearthed Films release is not that cut; nonetheless, the film before us is still just as decadently beautiful in content and in quality.