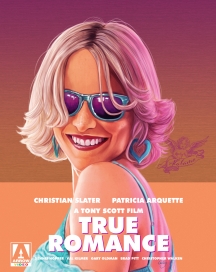 Arrow may be sparking a love affair of its own for fans of True Romance with a veritable glut of different packaging and format options that they're offering.