Filmed over 3 nights at the Royal Festival Hall, this contemporary masterpiece incorporates the beauty of the original music with dance and acrobats. 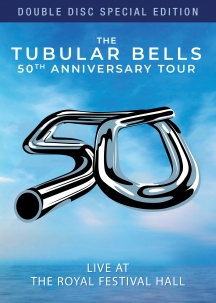 Mike Oldfield's iconic Tubular Bells took the world by storm in 1973 and continues to sell over 100,000 albums annually, totaling over 17.5 million copies sold worldwide and 18 million streams. The 50th anniversary celebration of his masterpiece continues with this incredible 4K live concert recording with dance and acrobatic feats by the Circa Contemporary Circus at London's infamous Royal Festival Hall in London, with Samuel West as MC.

I am sure that the 50th Anniversary Live Concert Experience of Tubular Bells will be spectacular, theatrical, fantastical and thrilling. I’m so excited it is premiering in 2021, marking 50 years from when I started writing the music and will be touring the world through to 2023, the 50th anniversary of the original album release.