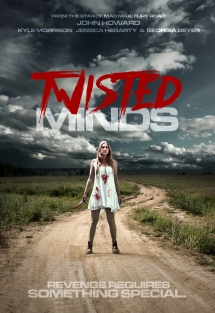 When wealthy investment banker Bruno Adani is kidnapped by two young women with a mysterious agenda, it is down to Detective Richard Danker and his partner Mitch Burroughs to locate the missing banker and the perpetrators before the clock runs out. When the kidnappers are identified as troubled orphans Trudy Sans and Jamie Macintosh the onus falls on Danker and Burroughs to uncover their motives to solve the case. They begin to investigate the girl's pasts through orphanage records and old acquaintances. The hunt takes the detectives through bitter orphanage employees, fraudulent financial records and a suspicious informant. As the banker faces the abuse of the delusional Trudy and the manipulation of the vindictive Jamie, the chilling truth behind the girl's motives is sought as the detectives work late into the night. The investigation leads the detectives to Greg Tillney, a former teacher at Swan Girl's Orphanage and a history of horrific abuse is revealed. Danker wrestles the morality of his methods and a society which failed these children so badly. As time begins to run out for Bruno, loyalties are tested and everything is not as it seems.