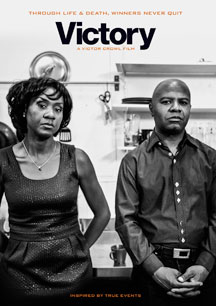 Victor Crowl thinks that by helping others he will learn to understand himself. He receives a call from his half-brother, Gregory, who makes the connection after their mutual father dies in L.A. Gregory comes to Toronto to meet his brother and to broker a large drug deal for his friend Daniel, Daniel's boss, Davis, and Davis' counterpart in Toronto, Lenny. When a Halloween boxing match goes wrong, business starts to unravel with deadly results. Victor flies to L.A to pursue a music career, but his new friends have familiar issues. His girlfriend, Donna, is tired of living in poverty, and Daniel tries to get Victor to join the drug-running business. A wise, old Yogi offers direction and pushes Victor back on his path. Empowered by the Yogi and feeling reengaged with his life choices and music, Victor returns home to find his girlfriend pregnant. Daniel appears after a drug run and Donna confesses he's the true father of the child. James, a music agent, tracks him down after hearing him perform in the streets of L.A. and offers him a meeting to arrange for proper management.