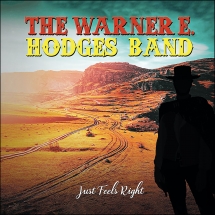 It's an undisputed, stone cold fact that Warner E Hodges is one of the most instantly recognisable guitarists playing today, and one who played a major role is creating what we now call Alt Country or Americana.

He and his partners in the legendary Jason & The Scorchers loved both country and punk music and didn't see why they couldn't play both. This "new" music has gone on to influence generation after generation of players and just recently, when the Scorchers shared a bill with Steve Earle, The Mavericks, Lucinda Williams and Blackberry Smoke, a fellow musician was heard to say that every musician on that bill owed the Scorchers $100, because without their groundbreaking work, none of the others would be playing the styles of music that they are.