Woody Woodgate - In Your Mind

Debut solo album from the drummer of Madness! 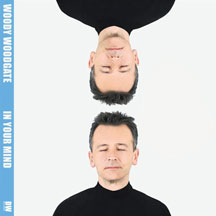 Woody, drummer with the legendary Madness is pleased to announce the release of his debut solo album on DW Records. "In Your Mind" is an impressive and highly personal collection of songs with Woody's pop sensibility and big production values ever present throughout the record. Woody manages to fuse a quintessentially British melancholy to a bouncy pop aesthetic throughout his debut solo record.