An Exploration of Identity 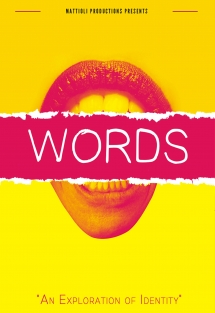 "Words" is an exploration of how people navigate identity in the open and evolving landscape of New York City. Using some of NYC's most fluid scenes as a backdrop, "Words" investigates the dissonance between self and socially constructed identities as well as how these identities are contextualized in a range of environments from the world of the arts to the NYPD.